Sometimes hedges get left, and left, and forgotten about until they end up like this one did, rather in need of some attention. Large gaps appear between stools where the sheep wonder through, the bank begins to errode, the hedge is becoming a line of trees… For wildlife it is of relatively little value in this state.

For jobs like this a chainsaw is essential, and luckily I know just the man for the job, Magnus McKay. His saw is SHARP and very BIG and he’s as STRONG as three mules combined.

Together we laid this hedge, mostly hazel, with a bit of hawthorn and occasional holly, blackthorn and spindle. Some steepers were so large we had to lower them down with ropes, only around 5% were kept to build the hedge, the rest removed.

The harvest from this hedge was truly phenomenal. Luckily we were able to sell over 200 faggots (tightly bundled sticks) to local natural playground builder, Earth Wrights. Additionally we were able to retrieve countless stakes, crooks, and binders for using for other jobs.

And then there was the firewood. Magnus and I spent two days logging it all which might not sound like a lot but the amount of wood is truly mind boggling. When the field dries out enough we’ll be back to collect whats left in the field which I estimate to be around 70 pick up trucks full. This will be carted back to Velwell Orchard, where the volunteers will, split and stack it to be dried for next season. Should keep everyone warm for awhile! 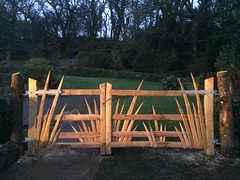 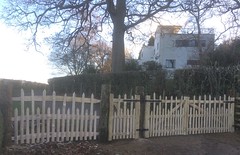 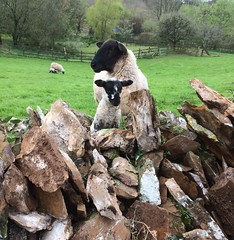 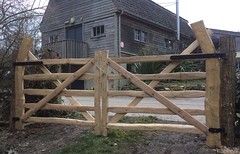 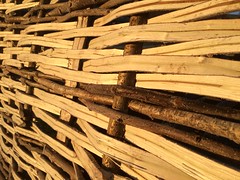 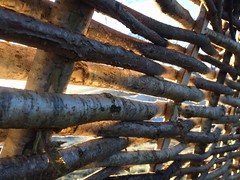 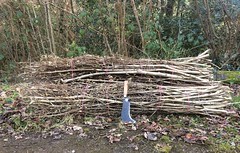 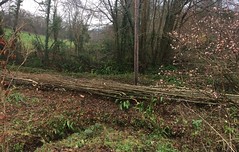 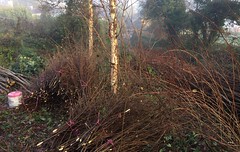 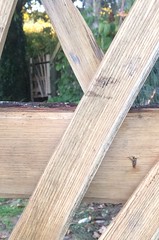